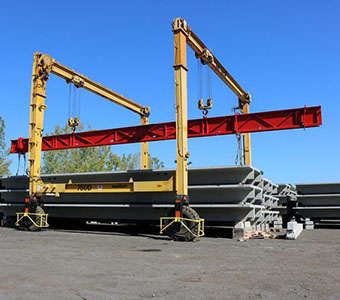 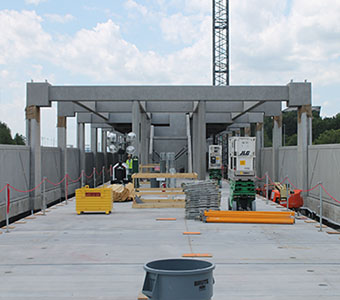 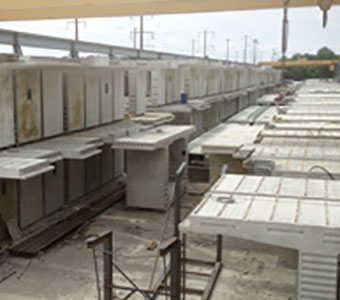 This project was awarded the PCI award for 2014 and consisted of 612 pieces of pre-cast segmental box girders. Segments weighed an average of 55 tons and were post tensioned together to form 250 ft. long girders weighing upto 2000 tons each. This was the first segmental bridge project cast in the state of New Jersey. 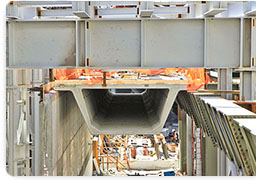 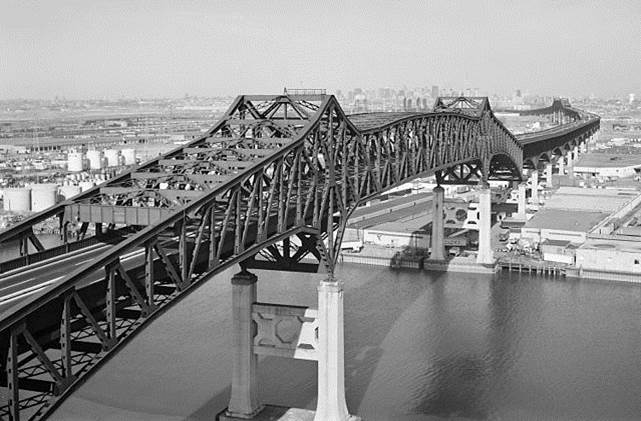 These projects were for the deck replacement on the main line of the iconic Pulaski Skyway in Jersey City. The scope of the work included over 2,300 pre-cast bridge deck units and 1,500 exodermic bridge deck units. The combined bridge deck area for the two bridges exceeds 750,000 sft. All precast slabs utilized stainless steel reinforcement. 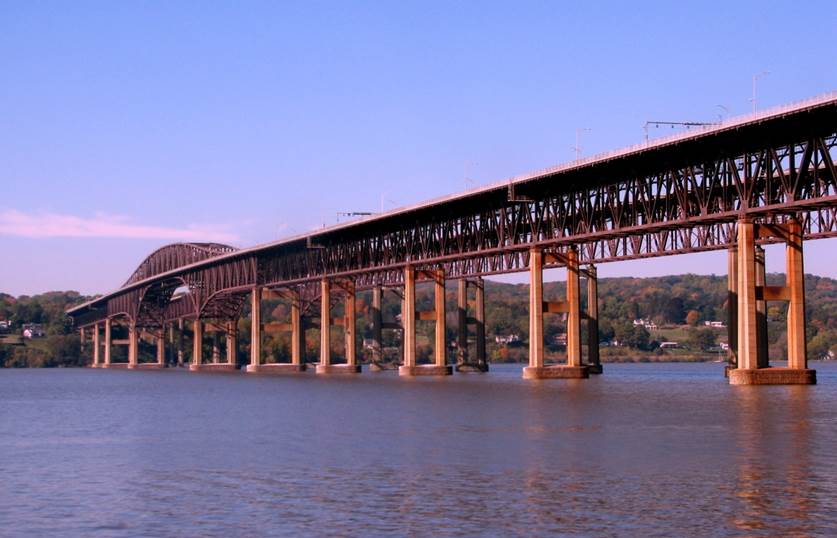 About 1,800 exodermic bridge units along with 15,000 Lin. Ft of pre-cast bridge barrier were furnished under this contract. The concrete mix for the project had some very specific performance requirements due to exposure and durability concerns. All barrier was faced with granite curb stones. 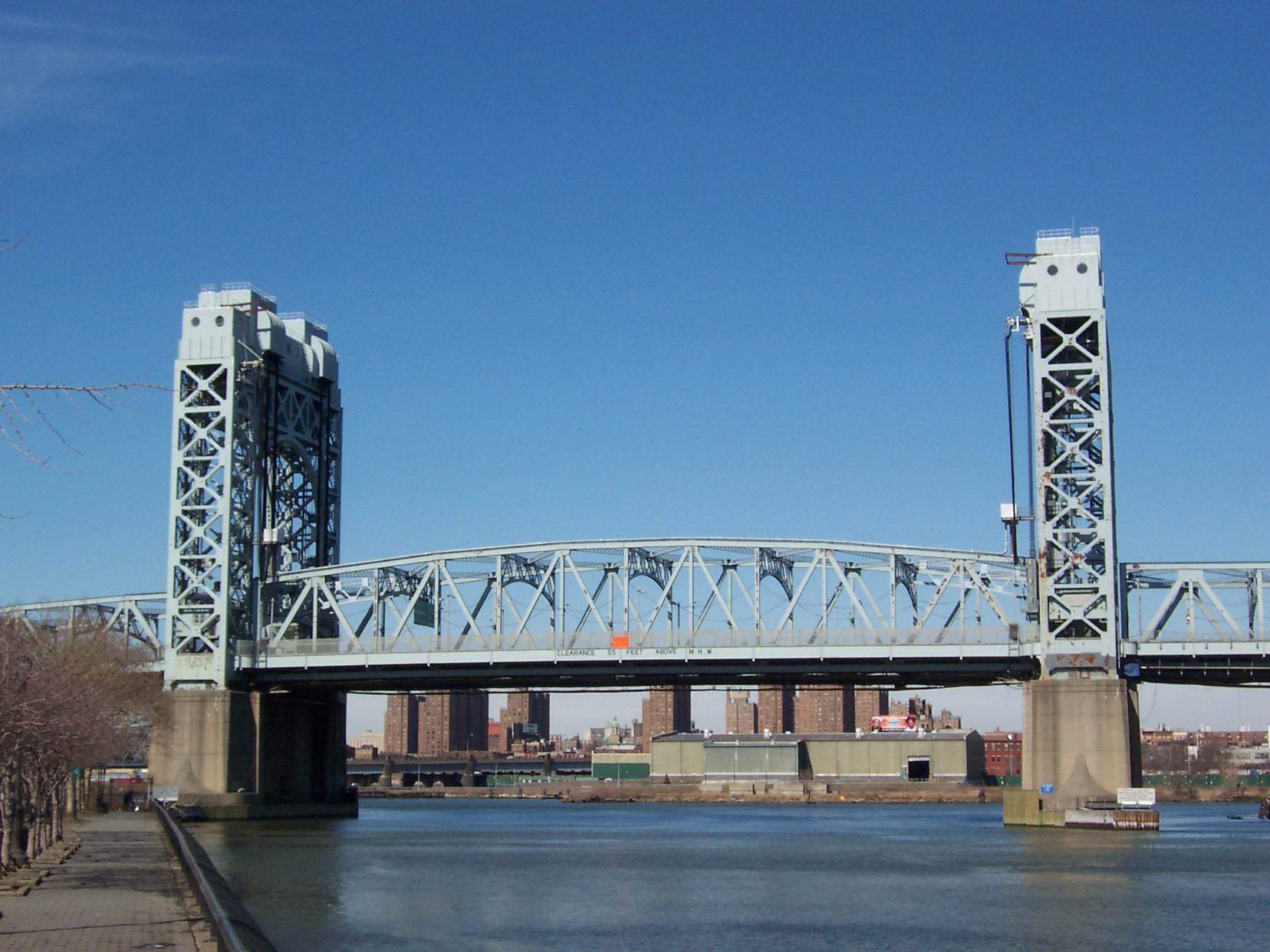 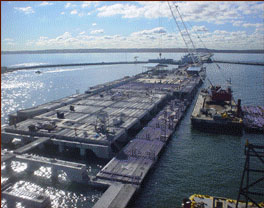 The project comprised the entire superstructure for a ship pier including pile caps, box beams, pre-stressed slabs, utility galleries and other structures. Pieces varied from 10 tons to 80 tons. Projects included a significant amount of pre-cast pre-stressed slabs for the pier. The project was completed on time and on budget. 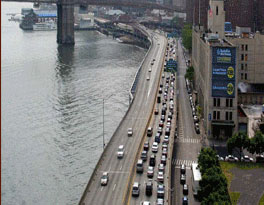 Approx. 26,000 sft. of bridge deck slabs (247 Pcs) of varying lengths and widths. The most challenging aspect of the project was the coordination of the slabs with the underlying structural steel structure and the alignment of blocks outs in slabs with the shear studs on the structural steel. The project was completed on budget and on time. This project also won the "Project of the Year" award in 2004. 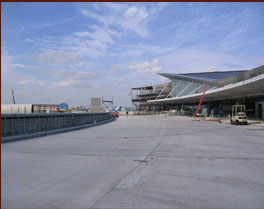 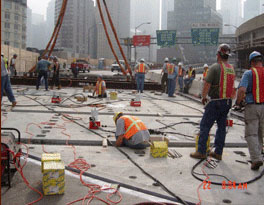 Approx. 30,000 sft. of deck slabs (83 Pieces) for helical bus ramps with integrated stainless steel piping for anti-icing and snow melt systems. Typical slab size is about 12' x 50'. Average weight about 30 Tons. The most salient aspect of the project was the extremely complex geometry of the slabs which were typically on a horizontal and vertical curve with varying cross slopes. The projects was completed on time and on budget. This project consisted of concrete slabs supported on structural steel. 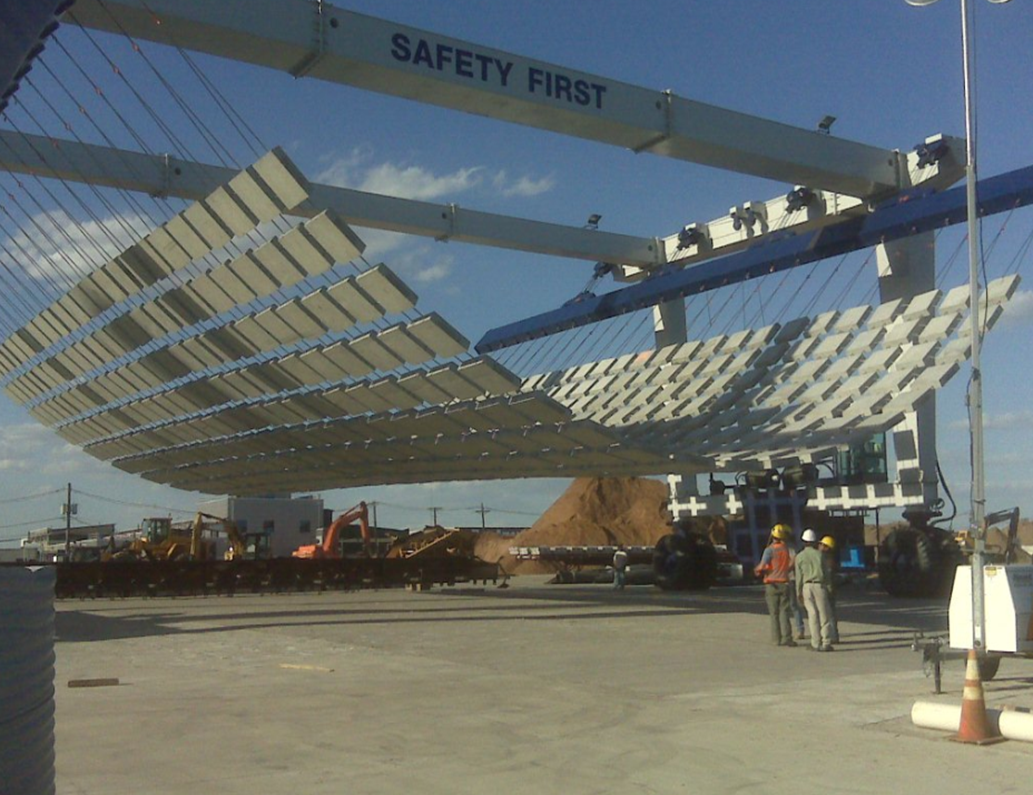 Approx. 300 concrete erosion control mats around 100' x 100' in size and weighing an average of 150 tons each. The project involved procurement of a custom designed travelling gantry to carry the pieces with substantial catenary loads. Jersey Precast performed value engineering to optimize the design of these mats which resulted in a substantial acceleration of the project. 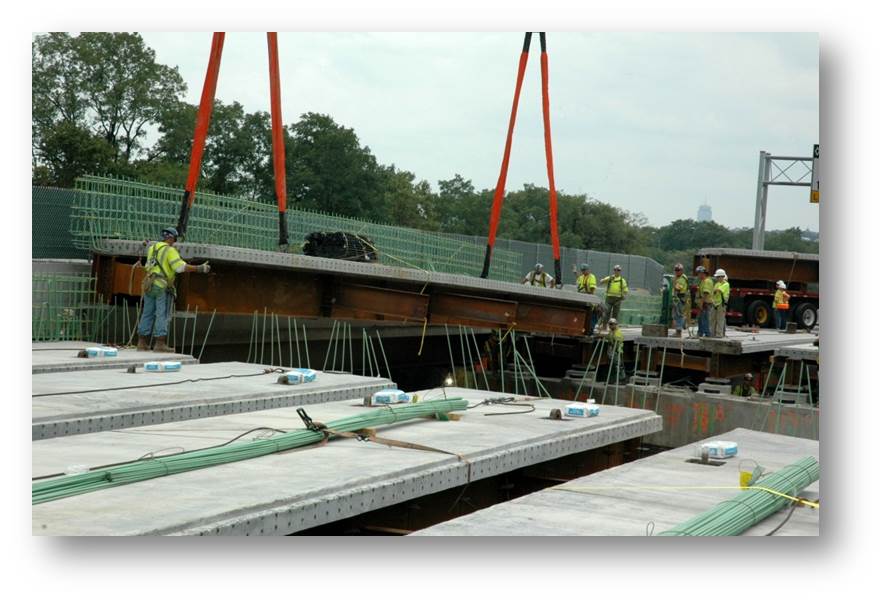 FHWA's pilot program for accelerated bridge replacement. A total of 14 bridges on I-93 were replaced over 10 weekends. The projects involved 252 composite bridge deck segments fabricated during a 14 week time frame in Spring 2011. The project avoided almost four years of traffic disruption in one of the areas busiest arteries.